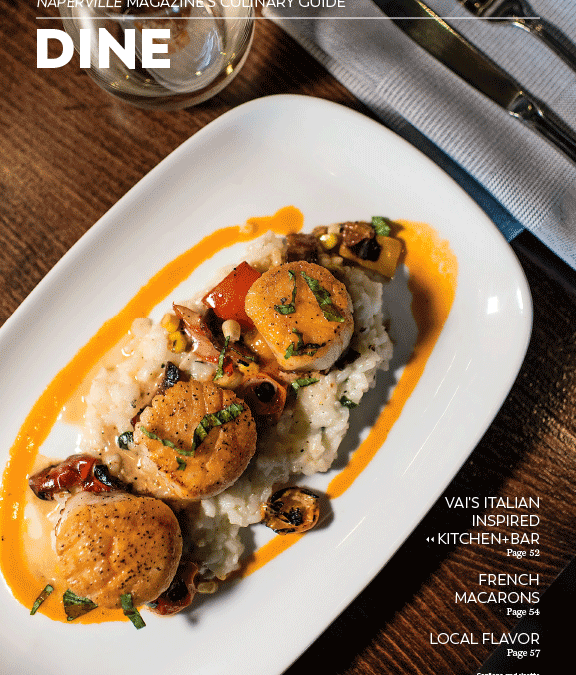 VAI’s Written Up In Dine Naperville 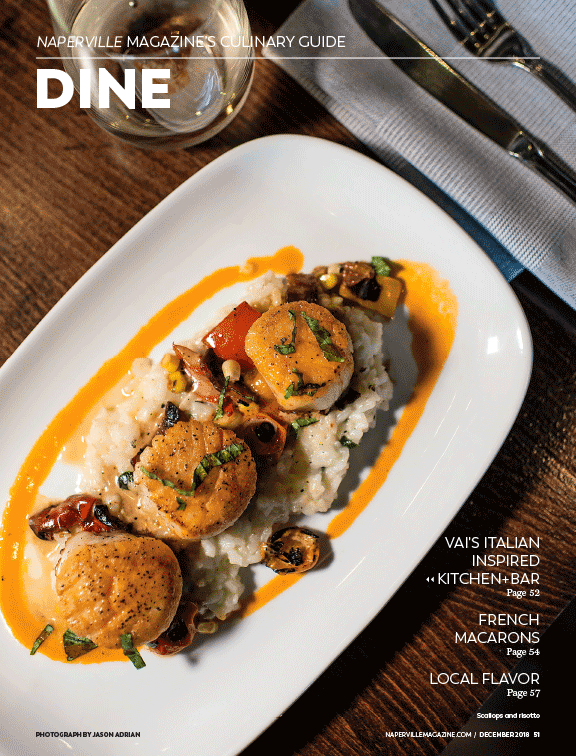 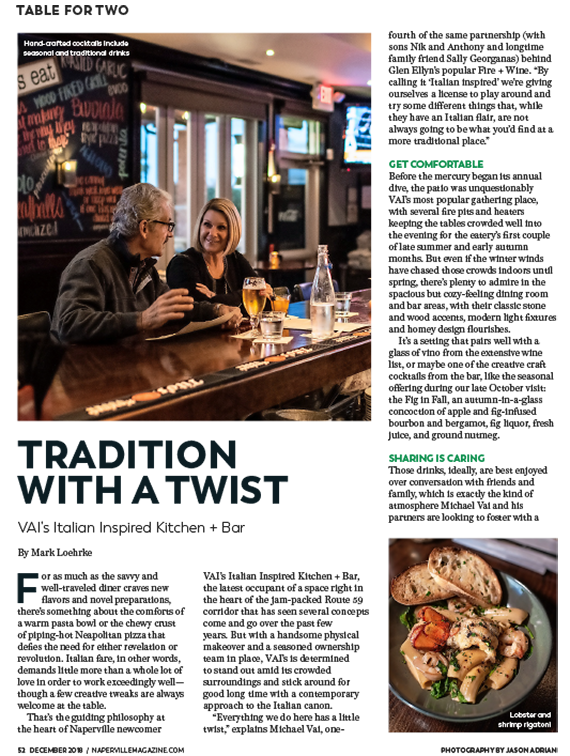 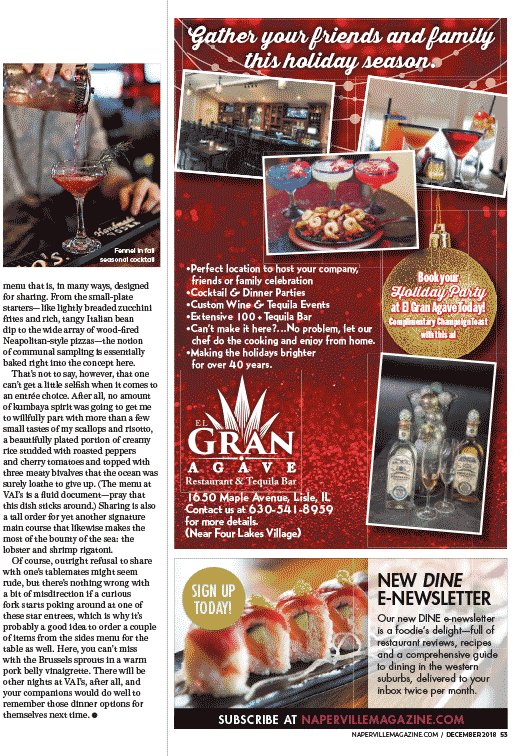 For as much as the savvy and well-traveled diner craves new flavors and novel preparations, there’s something about the comforts of a warm pasta bowl or the chewy crust of piping-hot Neapolitan pizza that defies the need for either revelation or revolution. Italian fare, in other words, demands little more than a whole lot of love in order to work exceedingly well—though a few creative tweaks are always welcome at the table.

That’s the guiding philosophy at the heart of Naperville newcomer VAI’s Italian Inspired Kitchen + Bar, the latest occupant of a space right in the heart of the jam-packed Route 59 corridor that has seen several concepts come and go over the past few years. But with a handsome physical makeover and a seasoned ownership team in place, VAI’s is determined to stand out amid its crowded surroundings and stick around for good long time with a contemporary approach to the Italian canon.
“Everything we do here has a little twist,” explains Michael Vai, one-fourth of the same partnership (with sons Nick and Anthony and longtime family friend Sandy Georganas) behind Glen Ellyn’s popular Fire + Wine. “By calling it ‘Italian inspired’ we’re giving ourselves a license to play around and try some different things that, while they have an Italian flair, are not always going to be what you’d find at a more traditional place.” Get Comfortable
Before the mercury began its annual dive, the patio was unquestionably VAI’s most popular gathering place, with several fire pits and heaters keeping the tables crowded well into the evening for the eatery’s first couple of late summer and early autumn months. But even if the winter winds have chased those crowds indoors until spring, there’s plenty to admire in the spacious but cozy-feeling dining room and bar areas, with their classic stone and wood accents, modern light fixtures and homey design flourishes.

It’s a setting that pairs well with a glass of vino from the extensive wine list, or maybe one of the creative craft cocktails from the bar, like the seasonal offering during our late October visit: the Fig in Fall, an autumn-in-a-glass concoction of apple and fig-infused bourbon and bergamot, fig liquor, fresh juice, and ground nutmeg.

Sharing is Caring
Those drinks, ideally, are best enjoyed over conversation with friends and family, which is exactly the kind of atmosphere Michael Vai and his partners are looking to foster with a menu that is, in many ways, designed for sharing. From the small-plate starters—like lightly breaded zucchini frites and rich, tangy Italian bean dip to the wide array of wood-fired Neapolitan-style pizzas—the notion of communal sampling is essentially baked right into the concept here.

That’s not to say, however, that one can’t get a little selfish when it comes to an entrée choice. After all, no amount of kumbaya spirit was going to get me to willfully part with more than a few small tastes of my scallops and risotto, a beautifully plated portion of creamy rice studded with roasted peppers and cherry tomatoes and topped with three meaty bivalves that the ocean was surely loathe to give up. (The menu at VAI’s is a fluid document—pray that this dish sticks around.) Sharing is also a tall order for yet another signature main course that likewise makes the most of the bounty of the sea: the lobster and shrimp rigatoni.

Of course, outright refusal to share with one’s tablemates might seem rude, but there’s nothing wrong with a bit of misdirection if a curious fork starts poking around at one of these star entrees, which is why it’s probably a good idea to order a couple of items from the sides menu for the table as well. Here, you can’t miss with the Brussels sprouts in a warm pork belly vinaigrette. There will be other nights at VAI’s, after all, and your companions would do well to remember those dinner options for themselves next time.